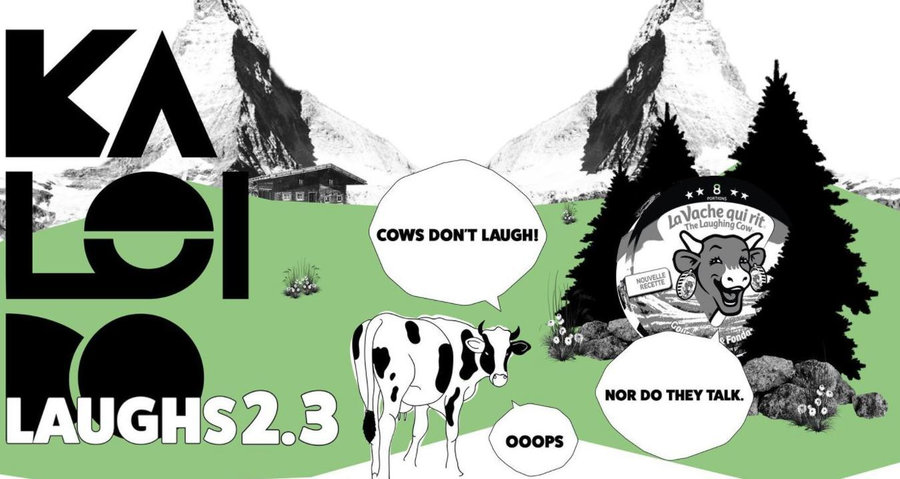 We’re more than happy to welcome you to the fifth edition of our stand-up comedy series: Kaleido Laughs, on Mon, May 7!

THE FUNNY PEOPLE
First Headliner: Andy Valvur (USA)
With credits to his name like Comedy Store LA, NY Times contributor and The Improv, Andy is a political comic second to none with material about pretty much every nation in Europe and the rest of the world - a legend on the comedy scene for over 30 years. He even has an Estonian passport too - go figure.

Second Headliner: Jurg van Ginkel (NL)
Jurg won the stand-up concours at the Amsterdam 'Kleinkunstfestival' in 2008, and is known for his dark jokes and bizarre fantasies and is not afraid of rough stuff either. He's often mistaken for a really posh native speaker because of his laboratory-bred Oxford English accent.

MC: Soula Notos (GR)
Was born and raised in the Netherlands in a Greek family. Crisis indeed! She knows it by heart. Growing up with shouting and gesturing relatives (small bodies, lots of movement), the only relief was comedy. And now, close to her well-deserved pension, she loves to tell

Presented in collaboration with internationalcomedians.com - hire comics for events and parties!