Electric Six at The Underworld - London 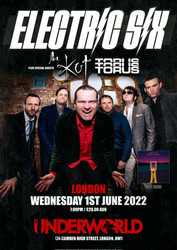 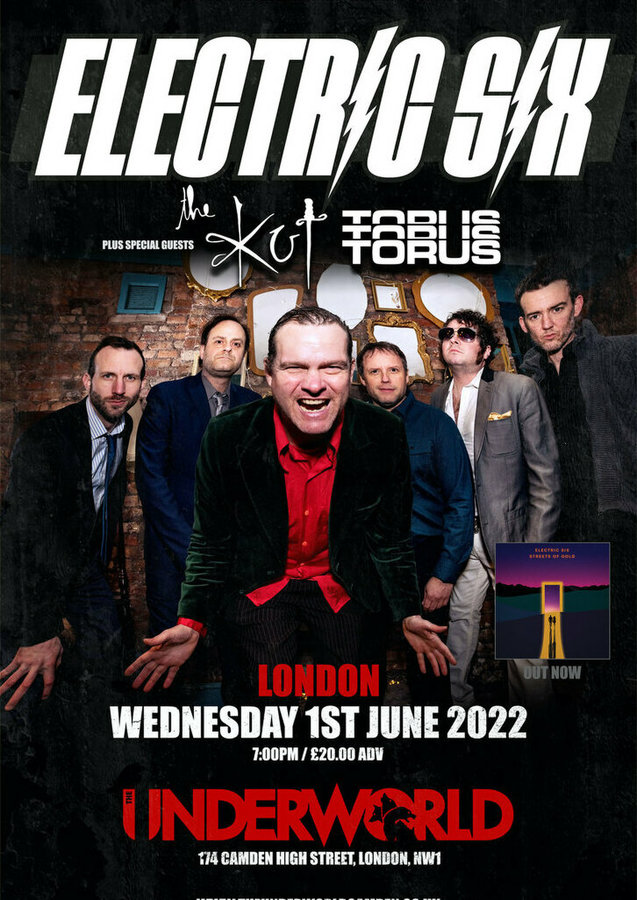 ELECTRIC SIX plus special guests THE KUT and TORUS

Admit it....you felt entitled to Electric Six. Electric Six came through your town night after night, year after year, show after show...and you thought it would never end. One day, thanks to evil microbes, the unthinkable happened.....Electric Six stopped coming to you. And you no longer had access to hope.

But get ready to hope again. We are now blasting those evil microbes with some vaccines. Not the band from Putney... actual vaccines, though kudos to those guys for having the foresight for this moment...everyone will now be talking about them, the same way everyone talks about Electric Six.

Did I just mention Electric Six? That's right. We're back and supported by vaccines. Not the band from Putney... Rather, we are all fully vaccinated and you may hug us after the show as we sell you a copy of our new album Streets of Gold.

For Electric Six's first tour in two years, we are releasing our first album in twice as many years...Streets of Gold is a high-octane collection of cover songs hand-picked by Electric Six itself. On Streets of Gold, Electric Six stands on the shoulders of those who cemented the base of rock and roll so that Electric Six could be the bronzed golden statue that points toward the sun towards all eternity. I'm talking about Alice Cooper, Mike Hutchence, Roky Erikson, Pixies, and many many more (8 more). We did not cover The Vaccines, though we concede they are uniquely positioned for this moment.